We fight relentlessly on behalf of anyone in trouble who cares about their future. Some ask who the best criminal defense lawyers are in Washington, DC.

Scrofano Law PC is a premiere criminal, DUI, and cannabis defense firm located in the District of Columbia practicing in DC, Maryland, and Northern Virginia.

Scrofano Law PC is a premiere criminal, DUI, and cannabis defense firm located in the District of Columbia practicing in DC, Maryland, and Northern Virginia.

Thank you for your feedback. We pride ourselves on providing the highest quality legal services to our clients.

Joseph and the Scrofano Law team enjoyed helping you on your journey! Thanks for the wonderful feedback.

From the Scrofano pack to you - Thank you! We appreciate your support!

Thanks for taking the time to leave the Scrofano Law team a review! We appreciate it!

At Scrofano Law, we enjoy working with our clients. Thank you for your feedback and support!

We are glad to have been part of your journey! The Scrofano team wishes you the best of luck in your future!

Check out our latest YouTube video for the latest analysis on the Supreme Court's decision last month in NRA v. Bruen and why various Public Defender organizations in New York sided with the NRA in the briefing. It also explains how the decision may affect gun laws in DC and Maryland. Don't forget to subscribe to your channel on YouTube for all our latest updates, useful content, and legal analysis.

Thank you for the feedback. We appreciate being part of your legal journey!

The Scrofano team appreciates each of the clients we work with. Thank you!

High five for the big WIN today for Attorney Scrofano & Attorney Hammad at the D.C. Superior! 🎉🎉🎉Team Scrofano Law PC takes pride in working together to provide our clients with the best representation possible.
.
.
.

Your feedback is important to us, so thank you for taking the time to provide it to us!

We are grateful for each of our clients! Thank you for the feedback.

We appreciate you and your support. The Scrofano team appreciates you!

Thanks for the kind words. We are glad to have been part of your journey. Best wishes, from Morgan and the Scrofano team!

Working with you was a pleasure! Thanks for the feedback, we appreciate you!

We are so glad to have helped you through your legal journey!

Thank you for the kind words. Our clients mean the world to us at Scrofano Law PC!

We appreciate your kind words and support. Morgan and the team wish you the very best!

Thank you for the trust and support, glad we could help you on your legal journey.

Congratulations to our client, here eating at a restaurant for the first time since 1996, who was released from prison after serving more than 26 years when a Montgomery County judge granted his Juvenile Restoration Act (JRA) motion! We could not be more proud of Attorney Morgan E. Leigh who presented this compelling case and won his release!

Recognizing that children sentenced as adults deserve a second chance at life, the Maryland legislature passed the JRA (Md. Crim. Pro. Sect. 8-110), which permits a judge to modify the sentence of a person who committed an offense before their 18th birthday if they have served at least 20 years in prison.

The Future of the DC Cannabis Market | Scrofano Law PC

We were off a few weeks but we are back again for our latest YouTube video. For the latest on the state of DC cannabis laws, enforcement, and where the market is headed, check out our latest video. Don't forget to like and subscribe to get updates on all things criminal law in the DMV.

We’re looking for an enthusiastic, professional receptionist/client intake specialist to join our small but fast-growing criminal defense firm!We are looking for a go-getter individual who can hit the…

Driving impaired can lead to dire consequences, and there are many aspects to consider to protect your future. Our YouTube video deals with the laws around the legal limitations for driving high:

Domestic violence charges are serious. They carry harsh sentences depending on the severity. Check out our video for more information on what to do when charged with DV:

For more information, call or text: 202-929-2069 or click https://www.scrofanolaw.com/practice-areas/dc-domestic-violence-lawyer/You would be surprised to kn...

Raised in Texas where I graduated from the University of Texas at Austin with Special Honors, I moved to Washington, DC in 2005 to attend American University's Washington College of Law. I graduated from American University's dual JD/MA program in 2008. I spent two years clerking for the Honorable Natalia Combs Greene in the DC Superior Court where I worked on hundreds of complex civil and criminal cases. That experience gave me unique insight on how judges make decisions and respond to legal arguments. In 2010, in a tough economy, with a desire to fight for those in need, I took a chance and started Scrofano Law. Since that time, I have represented over 300 clients in DC Superior Court with an overwhelming majority of cases resulting in dismissals, not guilty verdicts, or probationary sentences. For more information, check out www.blog.scrofanolaw.com

Be the first to know and let us send you an email when Scrofano Law PC posts news and promotions. Your email address will not be used for any other purpose, and you can unsubscribe at any time.

In 2020, Rockstar Attorney Morgan E. Leigh joined our criminal defense firm to expand our practice into Maryland. This testimonial video is just one example of the incredible impact she has had on our Maryland clients. If you or someone you know has been arrested or is under investigation in Maryland, contact us for a free consultation at 301-812-3110

How to Find Someone Arrested in DC

What does it mean if a case is "no papered"? 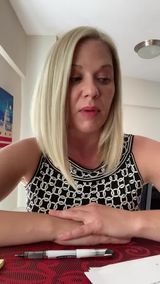 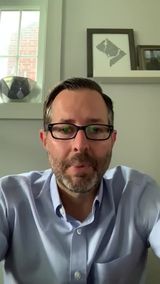 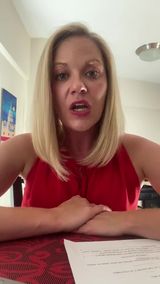 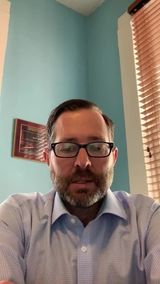 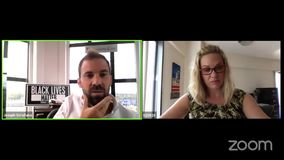 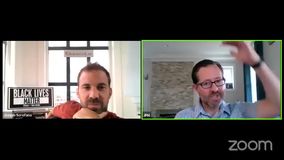 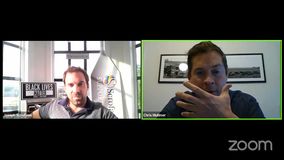 What Is Fraud? Joe Scrofano Explains the Basics. 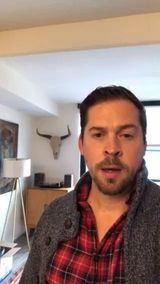 Attorney Chris Mutimer with the Facts on SBA PPP Loans 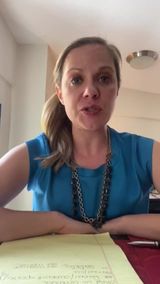 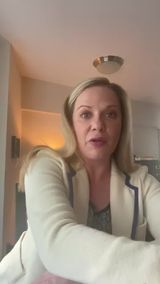 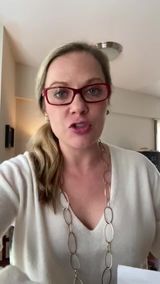 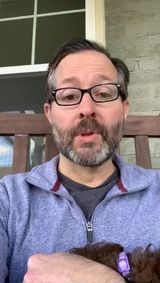 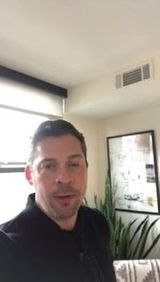 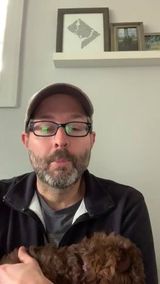 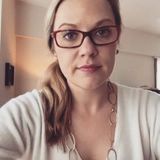 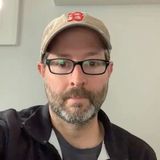 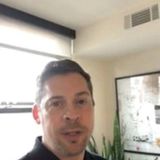 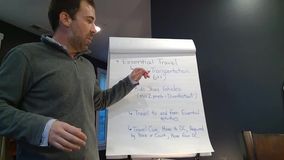 Is it legal to smoke marijuan in public in DC?

In 2011, founding attorney Joseph Scrofano started Scrofano Law PC with a desire to fight to protect individuals facing an oppressive criminal justice system. For the first few years of Mr. Scrofano’s career he represented indigent clients as a member of the District of Columbia Criminal Justice Act Panel. Mr. Scrofano quickly gained a reputation as an aggressive advocate. During this time, he worked from home and typically did client meetings by doing home visits. He litigated hundreds of cases for crimes like DUI’s, hit and runs, solicitation, drugs, guns, assault, and violent felonies.

In 2013, he moved into full time office space and started marketing his practice through his “No Papered” Blog where he writes with a client-centered approach seeking to reverse roles with potential clients and giving valuable information through blog posts.

This approach was successful and Mr. Scrofano would go on to build a robust private criminal defense practice. In 2014, he moved into larger office space and began focusing almost exclusive on representing private clients.

Mr. Scrofano met another defense attorney who shared his values in fighting hard for clients against seemingly impossible odds. Jay Mykytiuk, a former Arlington County Public Defender, started to practice in criminal court in the District of Columbia while working as an associate in a DC law firm. Mr. Mykytiuk quit his firm to start his own practice--JPM Legal. Instead of competing against each other, Mr. Scrofano and Mr. Mykytiuk collaborated. In fact, Jay became Of Counsel to Scrofano Law PC in 2015 and represented clients in Alexandria, Arlington, and Fairfax criminal cases. Mr. Scrofano saw up close the dedication Jay gave his cases and knew immediately Jay was someone Joseph wanted to work with.

Also, in 2014, a relatively new criminal defense attorney was causing waves and gaining a representation in the criminal defense bar as a tenacious advocate. Mr. Mutimer won his first 11 bench trials in the District of Columbia Superior Court, including a trial over a Bail Reform Act Violation, which was significant because many defense lawyers do not take these types of cases to trial because the government usually has an easy burden in proving a defendant intentionally failed to appear in court. With creative lawyering, Mr. Mutimer successfully obtained a not guilty for a client charged with a BRA in one of his first trials.

In 2014, Mr. Mutimer co-chaired a jury trial with Mr. Scrofano in case where the government had charged the client with unlawfully possessing a firearm. Despite multiple police officers who testified the client threw off a coat that contained a gun as he fled on foot, the jury hung and the prosecutor did not to re-file the charges.

In January of 2016, Joseph, Jay, and Christopher merged practices into Scrofano Law PC. All three got that, in any criminal charge, the government has vastly more resources than the defense. The law and the public are usually on their side. Together, they believed they could join their efforts and build a flourishing law firm.

Other Criminal Lawyers in Washington D.C.

Other Criminal Lawyers in Washington D.C. (show all)