Have you received an automated, pre-recorded call from 24 Hour Fitness on your cellular phone stating that the purpose of the message was “not for telemark

Have you received an automated, pre-recorded call from 24 Hour Fitness on your cellular phone stating that the purpose of the message was “not for telemarketing”? Did the automated call ask for someone which was not you? Did you indicate during that pre-recorded call that you were not the intended party? Did 24 Hour Fitness continue to call you even after you indicated you were the wrong party called? If so, you may be entitled to compensation. A putative class action lawsuit was filed on June 11, 2014 in the United States District Court, Central District of California titled Tsai v. 24 Hour Fitness USA, Inc., Case No. 14-cv-04503-PA-SH. This lawsuit seeks damages from the illegal actions of 24 Hour Fitness USA, Inc. in causing an automatic dialer to dial consumers’ cellular phone lines using a pre-recorded voice message in violation of the Telephone Consumer Protection Act, 47 U.S.C. § 227 et seq. The attorneys representing the Plaintiff would like to speak to you to determine if you qualify as a possible class member in this lawsuit. Please call the Law Offices of Thomas W. Falvey at (818)547-5200 / Knapp Petersen & Clarke at (818) 547-2900 / Nathaniel Clark at (626) 673-5180 for further information. This written advertisement does not create an attorney client relationship. 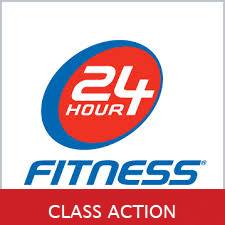 Be the first to know and let us send you an email when 24 Hour Fitness Class Action posts news and promotions. Your email address will not be used for any other purpose, and you can unsubscribe at any time.

Other Lawyers & Law Firms in Glendale